There’s something fishy going on in Sheol that merits immediate investigation.

Gravers are flocking to a small Arushan frontier town on the northwest edge of Somarria’s savage wilderness where the Boyonogo River meets the Great Sea.

Mutterings among them suggest something to do with “huntin’ season.” 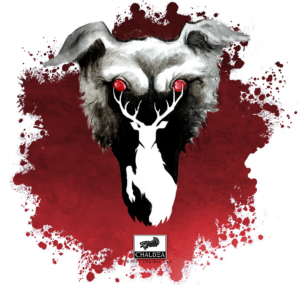 In recent weeks, news has spread like wildfire around Augstat: gravers are shipping out in large numbers to Somarria to participate in a high-stakes hunting tournament.

Granted, the term “wildfire” is sensationalistic purple prose designed to keep you, the reader, engaged and concerned, even fearful. Further, this author is not yet satisfied the small numbers of gravers departing our shores has yet reached the level of large. Just the same, graver hunting news that’s making the rounds through the normal information exchanges—bars and brothels—is both confirmed and accurate. It stands to reason that if gravers are being enticed away from Augstat, the same is happening in other cities of the empire as well.

Hunters are sometimes gravers, but gravers are rarely hunters.

Gravers are, however, early adopters of trends. They thrive on innovation’s cutting edge and latch onto social trends earlier and faster than stink to death. If something rises in popularity, chances are gravers have already been there, picked that bone clean, plowed that field fallow, and moved on to the next cultural phenomenon on the horizon.

As a reporter, I will let you in on a little secret process I use to gather news stories. Tell no one. Take this secret to your grave. Here it is: gravers tend to be near the action, and as a result, I like to be near gravers. Closely monitoring graver activities is the most beneficial way to understand what’s transpiring in the world.

Gravers are talkative sorts and enjoy a rousing story of derring-do, especially when celebrating in the aftermath of a profitable venture or after just narrowly escaping becoming an addition to the very grave they just looted. Whether tales of their own exploits or hot gossip of other adventures, all is grist for the rumor mill.

These are the rumors I greedily consume like a starving Tavjan lion tossed live venison.

And here I embrace a fine idea in its own right: The K.I. publishing an ongoing series of articles focused on Graver Gossip. If you like the idea, send a letter to the editor to encourage its addition.

So, here I offer up the first installment of this possible future column…

Once every few weeks or so, I like to don my favorite cloak of apparel and disappear into Alterflector’s dwarven sector to see what the walls and shadows have to say. Afterward, time permitting, I cruise the bar circuit in Boars Kriese with ears pricked and a heavy purse of coins ready to grease palms to finish telling what I heard only in part.

A short while back, I went fishing for information at the Bitter End Pub, a favorite watering hole of sailors and longshoremen whose talk naturally tends to be seaworthy gossip. I was counting on interesting news from Somarria to dock here.

The drunken chatter was boisterous and verging on annoying; harsh accents combined with heavy drink made conversations difficult to follow, many of which listed off-topic rather liberally.

A common theme since the emperor’s death has been talk regarding the proliferation of pirating and Tritons’ brazen attacks on shipping lanes. Even a few well-timed hints and then direct questioning didn’t land me the information I was fishing for. No one had heard about—or were willing to talk about—gravers hunting in Somarria.

Abandoning that ship, I headed across the district to the Shadow Haus, where I happily landed at high tide.

The sun was setting. I was tired and hungry after a long day of fishing for nonexistent news, so I crashed the tavern with coin and questions, hoping to cut to straight the chase.

“What do any of you know of gravers hunting in Somarria?” I asked loudly, slapping silver onto the bar.

“I think it’s a witch hunt,” said the jovial Tavjan behind the bar as he quickly stashed my coins.

Fitz and I had a routine: I would give him money, and sometimes he would give me information in return, though usually in the form of some half-baked theories. If he didn’t know anything, however, I trusted him to remain mum. While he was known to exaggerate, he never knowingly lied.

“What kind of witch hunt?” I asked, intrigued by the thought of gravers killing witches in some kind of grand spell battle. “Like a cabal?”

“Could be,” he replied, now becoming vague.

“It ain’t no bloody witch purge or tired idiom,” said a young gal smoking at the end of the bar. She spoke slowly with a heavy Hakhamanesh accent.

Fitz and I both turned to see an individual wrapped in graver cloak and dagger, wearing black and blue leather. I noticed the sword at her waist and imagined there were myriad other weapons hidden about her person.

“Buy me a bottle of Greymory Firewater,” she said, “and I’ll spin you a Somarrian tale you can print in your paper.”

Really? I thought. My apparel disguise apparently wasn’t as good as hers.

“Better not be a tall telling,” I said, “not for the cost of an entire bottle.”

I didn’t actually care about the cost; I was used to paying for information, so I slid a silver to Fritz and moved down to join the woman.

She received the bottle as I waited. With grace, she popped the cork and took an unhealthy long pull.

“Ever been to Greymory?” she asked, seemingly disinterested in the subject, as she wiped her lips with the back of her sleeve.

“That swamp dredges up a few interesting news articles, I’d wager,” she said with a chortle that told me she’d probably been there and was speaking from personal, likely unpleasant, experience.

“Somarrian Hunt,” she corrected, exhaling a cloud of blue smoke that carried a hint of Marn kreteks. “It’s the Mistress of the Hunt. She’s back.”

I listened as she drank, smoked, and told me the story of the Mistress of the Hunt.

Since the emperor’s death, there’s been a plague of malicious rumors infesting our city, intended to do nothing except faff about and frighten the populace.

We’re led to believe that the void left by Kordaava’s death has opened doors, broken seals, and allowed long dormant powers from the Dark Times to escape.

Yeah, uh-huh. Right. Sure. I wet myself from the terror of it all.

A good reporter approaches each investigative story with a healthy dose of skepticism but also remains open with a willingness to follow tips to wherever they may lead. Which I try to do. Even when it’s clearly ridiculous. Which this is. Ridiculous.

Rather than chasing down real stories that actually affect our lives, half my time is spent, it seems, with me beating back buzz rats with nothing but quill and parchment as they try to take over the ship.

We don’t have paper enough to print all the wild stories and accusations, although it might be an entertaining read if we did. It might take a lifetime to read it, though.

Most of the rumors are ridiculous at face value. Have you heard the one about a herd of giant aurochs from Somarria’s ice shelf turning Chaldea to a never-ending season of eternal winter? Or how Pentavalo demon cultists are infiltrating schools, possessing our children. Just look at their handwriting. And the other day, an old woman tried to convince me her dead husband had returned, reincarnated as a dog, and her proof was in the things he’d peed on.

Amongst all the distractions and noise, however, a story occasionally comes along that has just enough hint of plausibility, an almost invisible single thread of truth, that it might actually have merit. This Mistress of the Hunt is one example of a story that might be believable; gravers traveling to Somarria to hunt is yet another one.

A century ago, adventure hunting was popular all over Somarria. Arushan culture is closely connected to wide sweeping plains, deep jungles, wild beasts, and savage hunting. Large caravans of traders cross Somarria’s vast landscapes, delivering goods, hides, skins, meat, and full-size trophies of giant wild beasts. Exotic animal parts, such as ivory, bone, and organs, are highly prized by apothecaries and mystics the world over. They fetch bank-busting prices on the open market and even more in the gray markets.

With the advent of the Kordavan Empire, hunting tournaments in Somarria fell out of favor, mostly due to the emperor forcing kingdoms to comply with his imperial edicts and laws. People who refused to comply were “encouraged” to do so, encouragement that often came at the end of the Spear of Set. As a result, savage Somarria was tamed, if only momentarily.

The Hakhamanesh gal, loose lipped by firewater and Marn exotics, claimed that Emperor Kordaava had killed, imprisoned, or perhaps banished the Mistress of the Hunt, as she was a Celt worshipper and sympathizer, and Kordaava had banned all religions except Set. And her absence is what had led to the decline in hunting in Somarria over the last half-century. Or so she claimed.

But now that Kordaava is dead, she (here I mean the Mistress of the Hunt, not my drunken storyteller) has returned and is actively hunting once more.

The Senate in Saratof has shown no interesting in spending treasure and blood maintaining control of Somarria; it’s been left to turn feral. From what I can gather, what happens in Somarria does—and should—stay in Somarria. And in this case, the power vacuum left by Kordaava may, indeed, have invited back old adversaries.

The only way to know for certain is to pay for passage to Somarria and find out.

Except Somarria is a world away. It’s wild and uncultured. And it is deemed unworthy of time or effort or this newspaper’s budget by those in charge. We reported recently on Somarrian barbarian clans and their games, a story in the works long before the emperor’s tragic demise.

So, currently, there is no appetite to return Somarria, even to chase rumors of a Celtic Hunt Mistress. Yet maybe I’ll get that way someday—if a herd of giant Aurochs turns the world to winter, I can always walk there across the ice.