An artist (who is actively involved in the game play experience), will illustrate character portraits, landscapes, locations, NPC’s, heroes, villains, and monsters live during each game session—directed by DM and players. Following the game, the Chaldea writing staff will adapt the adventure into a short script that will be performed and filmed live by a new cast of actors on twitch the following week. After the Actors Studio, the Chaldea post-production team will edit actor performances together with game play art, combined with DM narration, and music score to produce a unique video experience released to the world during an Actoroke Viewing Party the next week.

In and out in three-weeks—adventure complete. Now rinse and repeat five more times for a thrilling six-part adventure series.

How is it played?

Season One of the Sommarian Hunt is played with Dungeons & Dragons 5.0 and will be live streamed on Twitch.

Most fantasy RPGs, including D&D support any number of players and Actoroke likewise is open ended, for the Somarrian Hunt scenario, the sweet spot is five players.

How is Actoroke different from tradition fantasy RPGs?

Actoroke is divided into three Acts: 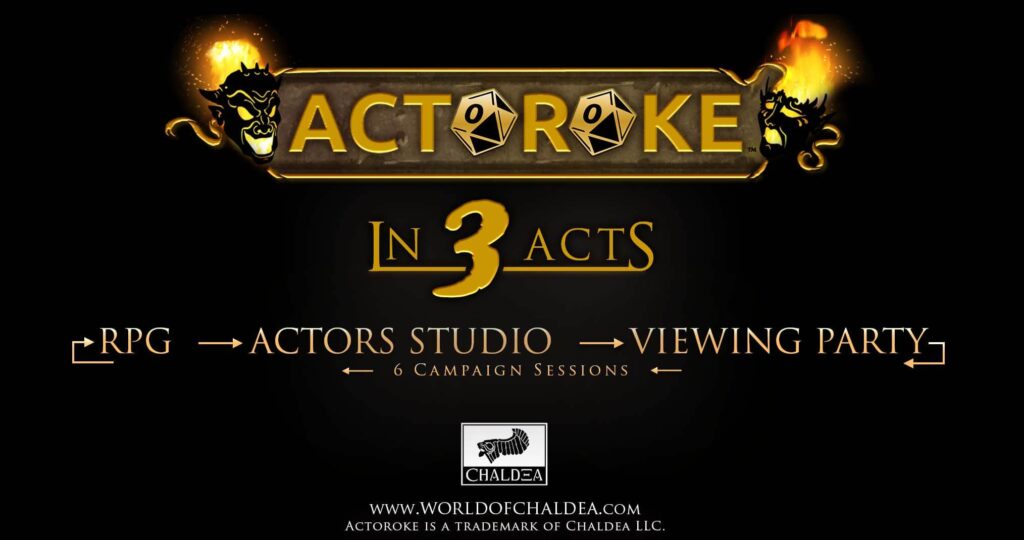 How do I watch?

Weekly live streams are carried on TWITCH.TV/GENCONTV. Videos are carried thereafter on youtube.com/worldofchaldea

How often does Actoroke stream?

Who are the players?

Please see our cast page for players and actors.

How do I participate?

Casting calls for future seasons will be posted at a later date.