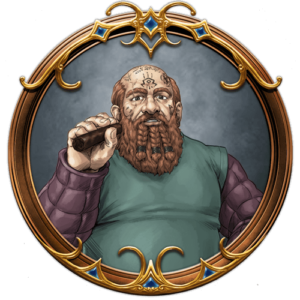 Hundreds of years old, Augerfeld is one of the longest-lived citizens of Augstat. He has seen the wealth of merchants come and go, thugs rise and fall, and noble families empowered and marginalized. Through it all, he’s seen the plight of the common people remain unchanged. Even the might of Emperor Kordaava could not change that.

Yet Augerfeld didn’t always live amongst the humans. He was once a dwarf of great promise in Clan Stollhofen—that is, until greed got the better of him.

Centuries before Augerfeld was born, the dwarves fled from their ancestral home of Niesse after their defeat at the hands of the orcs in the Claw Hammer War. When they fled, they took only a handful of treasures with them. Augerfeld stole one of these treasures, was caught, and the treasure recovered from him. 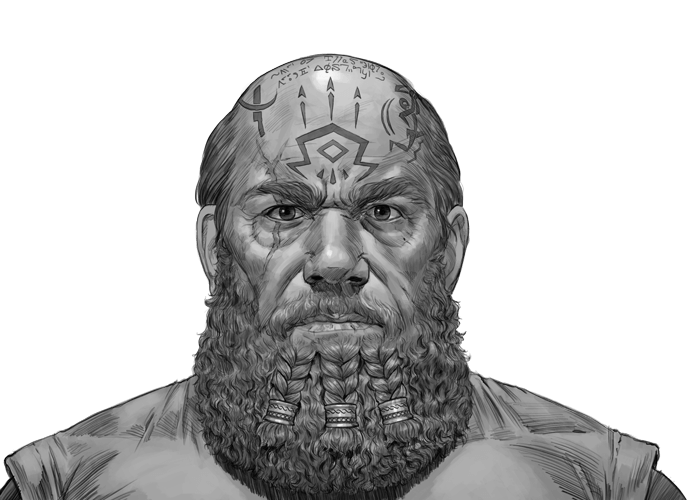 He was then cast out. Stripped of clan, home, family, and rank, he traveled to Augstat, where he found a place among the other outcasts of society in the slums of Boars Kriese.

The bitterness of being cast out by his “betters” inspired Augerfeld to become an anti-authoritarian figure of Hesse. He incites unrest and encourages people to take pride in themselves and to question authority and government.

Augerfeld earns his living as a butcher.

POSITION/TITLES
Outcast
"Butcher of the Boar"

Augerfeld is portrayed by Bill Johns