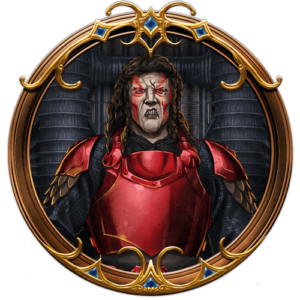 The Supreme Commander of the armies of Niesse.

Marzahn is an orc soldier brought to Chaldea during the time of the Claw Hammer War when the elder dragons contracted Tannaluvian shipping guilds to ferry mercenary armies to wage war upon the dwarves.

In the famous catalog of anumian spirits written by the philosopher-seer Nabu Pabu, he tells the tale of Marzahn and the genesis of orc hatred.

“Upon his arrival,” Nabu Pabu wrote, “Marzahn, a young and aspiring soldier, was immediately fascinated with this new world—Chaldea—and became enamored of the anumian constellations that seemed to have so much mystical influence over the land. When he learned he could call upon the anumians and they would grant him boons, he immediately sought out a shaman, greedily demanding, ‘With Victory as my ally, I will become the greatest orc general the world has ever seen, and I will deliver victory over the dwarves. Generations of orcs will chant my name.’

“The shaman did as he asked, calling to the heavens for anumian guidance, but Victory defied his urging; instead, the essence of Hate descended, enveloping Marzahn in loathing and nerve-burning agitation.

“‘Kill your wife and your children,’ Hate demanded. ‘There is no place for love in war. While they live, your family will monopolize your thoughts and emotions, and this will prevent you from achieving your ultimate position in this world. Do this, and I will grant you victory over the dwarves as you desire.’

“‘No, I cannot,’ said Marzahn, outraged at the thought of such a heinous act against those he cherished and loved. ‘I cannot! I WILL NOT!’

“‘You called, and I came,’ said Hate. ‘You demanded, and I have answered. Do these things I have asked of you, and the world will be yours.’

“Marzahn fled the calling, afraid of what he had done.

“Outside the summoner’s wigwam, Marzahn gazed up into the heavens, his soul trembling at the sight of the pulsing blood-red constellation.

“Shutting your eyes and ears will not relieve you of responsibility. Hatred’s thoughts slammed into him with a force like the sky falling to crush him. The quest for your family’s death is sealed. Fail, and every orc upon Chaldea who hears your voice will feel the full weight of hatred.

“Back home again, Marzahn hugged his wife and his children as he considered Hate’s dire words.

“In the days and weeks that followed, Marzahn went back to the war against the dwarves, and soon his séance with Hate faded from his memory, and with it went the fear he had felt. Anumians however, never forget, and their influence is as vast as the Great Sea.”

During the Claw Hammer War, Marzahn proved to be a formidable warrior, an astute tactician, and above all, an exception leader loved by all those under his command. And for his hard work and dedication, he was rewarded with many promotions, eventually achieving the rank of general, this final prize awarded by Sureniel personally in front of the entire assembled orc army.

“With this gift,” Sureniel said, “you are now and forever the voice of Sureniel.”

The diamond dragon clutched Marzahn, pouring primal influence into the orc, squeezing him so tightly, Marzahn thought he would die from the pressure. But the result was not death; instead, his teeth turned into solid diamond.

Marzahn snarled at his master in adulation, his new diamond teeth gleaming. “I will destroy the dwarf infestation, as you command.”

Sureniel turned to the assembled host. “I present to you Hatemonger General Marzahn, your supreme commander.”

The army erupted in jubilation.

Marzahn stood before his orc sisters and brothers, his voice exploding over the army, augmented by shaman magic. “Brothers and sisters,” he began, “we were brought to Chaldea for a single purpose: to destroy the dwarves.”

Later, when the speech ended, the orcs began to chant, “Hate. Hate. Hate.” 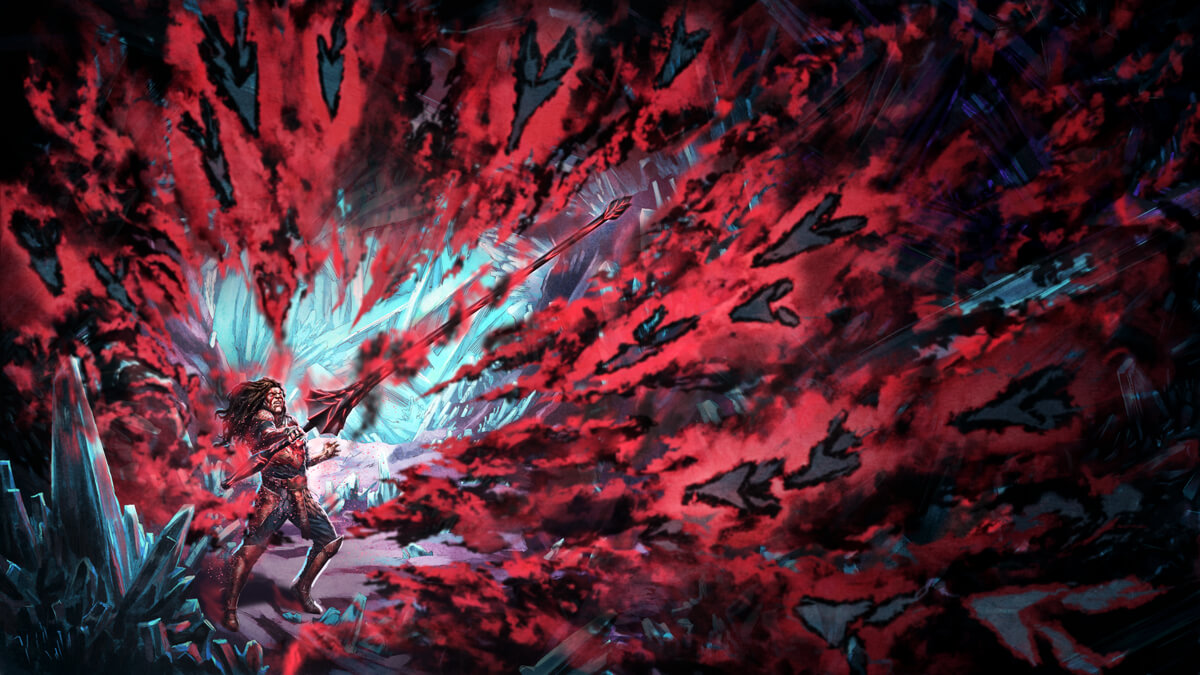 After the fall of the dwarves and the dragons receded from the world, an idle Marzahn, left with nothing to occupy his destructive time, descended into equally idle madness. Hatred for the dwarves boiled in his soul like a blood summoner’s cauldron and soon that hatred boiled over into his personal life.

When his wife tried to help him, he flew into a wild fit of rage, killing her. And when his sons came to her defense, he killed them as well—all of them, until no one in his family was left alive.

In the years that followed, Marzahn became increasingly violent and divisive; even Sureniel could not reason with or control him. Unwilling to kill the orc—for he was a tool, an asset the elders might need again someday—Sureniel was forced to imprison Marzahn in primal stasis within a block of diamond.

Occasionally during the next nine hundred years, Sureniel released Marzahn to lead his Roughguts shock troops on special missions. But afterward, as had happened so many times before, the result of being touched by the anumian Hate was too much for Marzahn to bear. The spirit’s punishing influence drove Marzahn mad with violent hatred, and Sureniel was forced to put his best soldier back on ice once more. 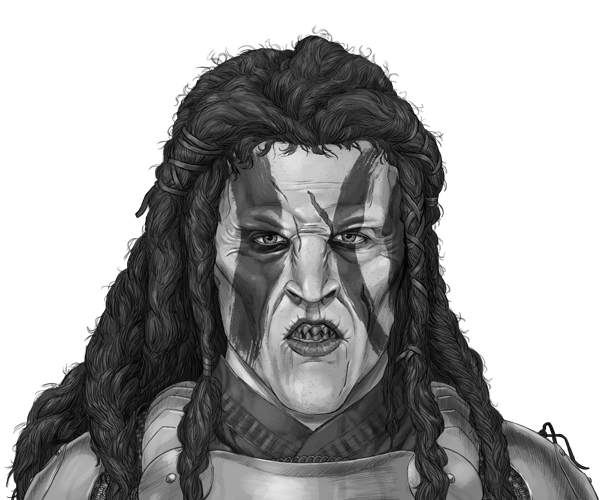 Marzahn is portrayed by Rick VanMeter and voiced by David Drummond