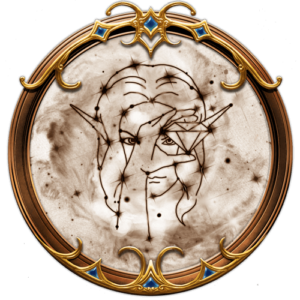 Artisan appears in the heavens as a female elven lapidary concentrating intensely staring into the soul of a rainbow diamond.

Artisan invites us to excel at our craft.  She believes that all members of the noble species have some craft that they can master and she inspires us to find it.

Artisan is friends with no one, for her discipline requires constant practice, leaving no time for relationships, she recognizes the common values of focus and dedication that she shares with Ballerina.  Artisan disrespects Grave Robber, for he prefers to take rather than create.  King, Queen, and Fat Merchant are important patrons, the only ones who can afford her works.

Artisan will aid mortal companions who carry her fate card in any action that involves crafting, providing they are striving to do their best.  Artisan has patience for learning, but not for those who do not truly make an effort.  Artisan is particularly inclined to support these sorts of actions during Artisan Week, or anytime for those born in this week.

When Artisan is Called

If Artisan answers a calling---when her card is drawn from a fate deck during the ritual for summoning aid from anumians---the seeker and the seer will experience minor supernatural manifestations of Artisan, like the sound of a tiny hammer, the smell of leather, or the glint of light as if through a facet.

In the artwork of the Artisan fate card the seer might be drawn to the beauty of her jewelry, the gemstones circling her head, or the gem she is examining so closely, and wonder, is it bleeding?

Artisan will often ask seekers to choose a craft to focus on and excel at, to create something worthy. 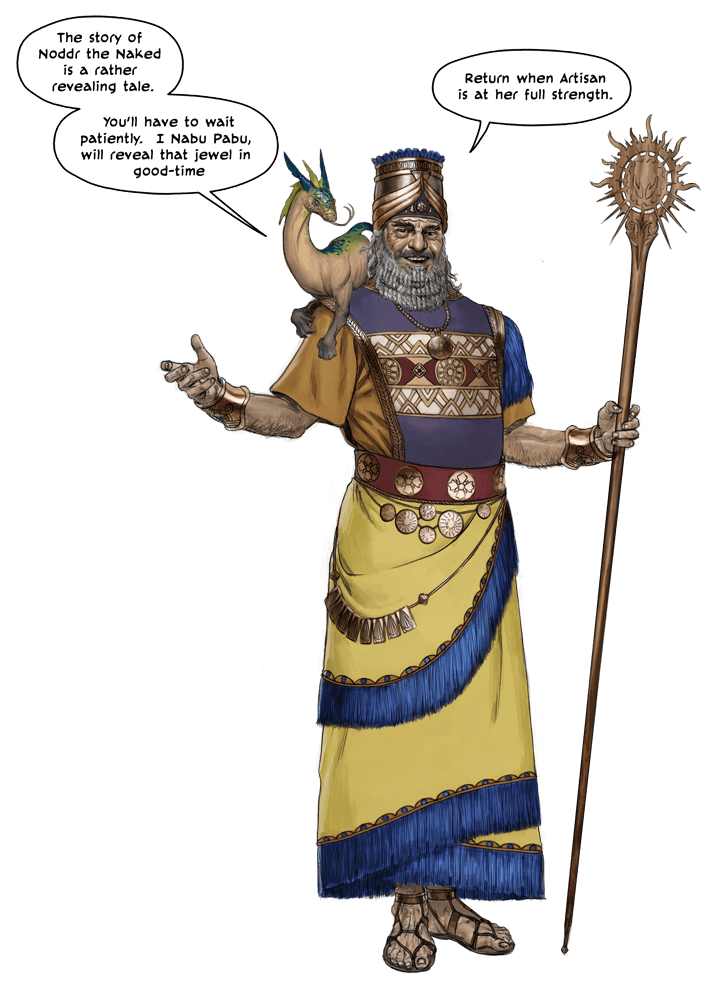 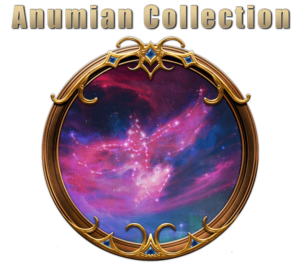 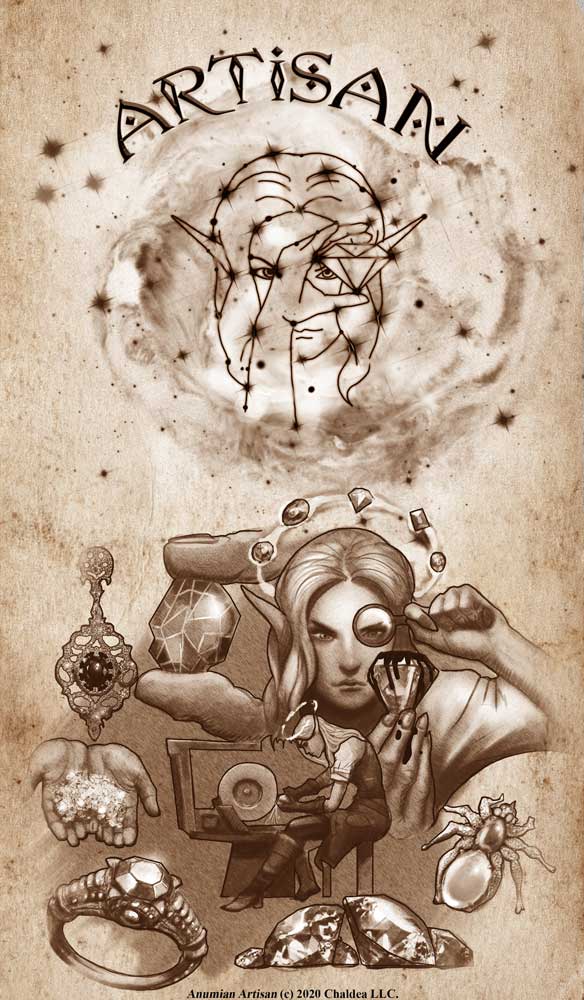 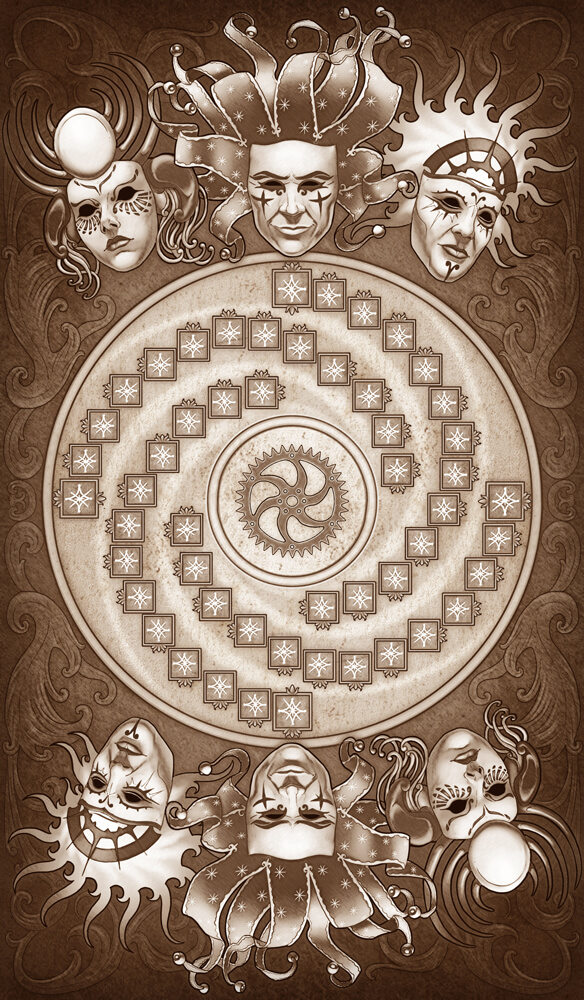