Altiflector is a district of dwarven ruins in the city of Augstat, Hesse. 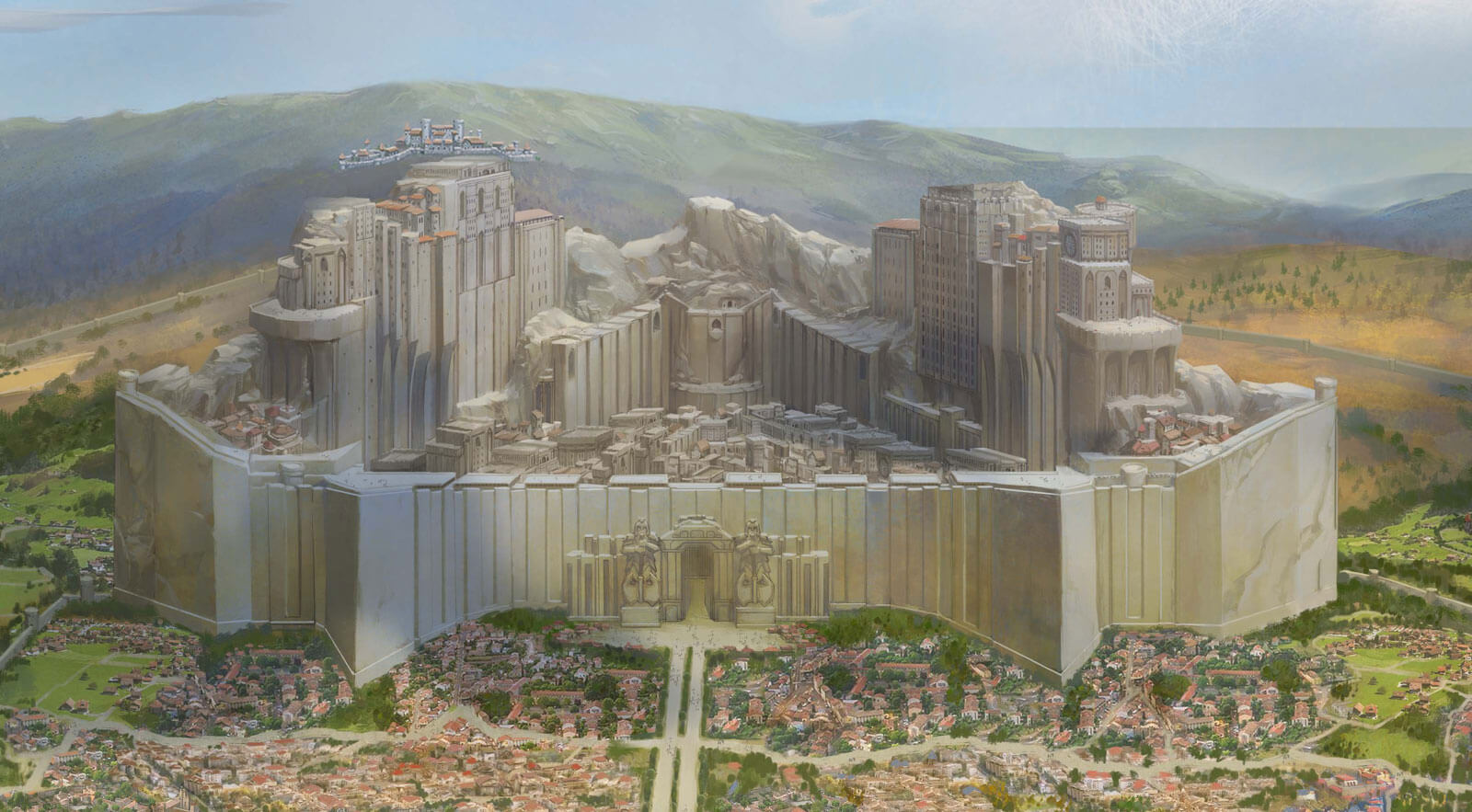 For many centuries following the Claw Hammer War, Altiflector lay besieged by the Great Sea’s tidal forces, an unsurpassable moat that kept civilization at a wary distance. But as dragons slumbered and their influence ebbed the Great Sea slowly receded and Augstat flourished in the shadow of the dwarven ruins of Altiflector.

The Rubenstein Lodge resides within the protective walls of Altiflector which further enhances the district’s reputation as being haunted – as do other shadow operations, secret religions, and unscrupulous businesses who wish anonymity away from the critical eyes of the Hecks and finger wagging judgmental society. The only homes and businesses in this district are those of rare individuals who prefer to live in dark, spooky places. The Hecks stand twenty-four-hour guard over the entrance to Altiflector, not preventing entry, (as anyone may enter as they chose), they are said to guard against what might attempt to leave.

Rubenstein Lodge. The oldest building in Augstat is Rubenstein Lodge, a mystical tower that has served as Rubenstein’s guildhall since the founding of the order over 700 years ago. Rubenstein is an order of magicians brought together to serve a single ideal: The crimes of magicians are best judged by magicians. The Rubenstein order is called upon in many courts throughout Chaldea to advise on laws and crimes involving the supernatural.

Rabbit Hole.  The Rabbit Hole is the epicenter of the counterculture movement in Hesse. All manner of deviant sex-for-hire and illegal narcotics can be found in this den of iniquity. The proprietor of the Rabbit Hole is mademoiselle Olivie who was born and raised in Aimilleuse and moved to Augstat to establish the Rabbit Hole. Visitors and regular customers are greeted by the Rabbit Holes’ concierge, a devil imp, Chowder.